Mobach ceramics are completely hand made, trendsetting in contemporary design and enjoy worldwide fame for their unique glazes.

All thrown products are thrown in the original way, on a wheel. In batches – models according to set dimensions in smaller series, and as one-off – single pieces in a wide variety of designs.

The large shapes are constructed by hand using coils of clay which are kneaded into place, layer by layer, when the underlying wall has hardened sufficiently.
This gives rise to unique pieces, which are always different from each other. They are only more or less identical if made simultaneously.

Mobach Ceramics has a modern, gas-fired rotary kiln. Due to the dimensions of the oven, ceramics with a height of up to one metre fifty-five and a diameter of one metre twenty can be fired.

After the ceramics have been allowed to dry naturally and most of the water has disappeared, the products can be fired for the first time – the biscuit firing – at 950°C.

Then one or more layers of glaze are applied, by immersion, dipping or spraying. After this, the pieces are fired for the second time at about 1200°C. Depending on the size, the normal production time is 6 to 10 weeks.

Mobach Ceramics uses clay from the Westerwald, Germany. It is a natural product, which is excavated, purified and mixed (enriched) with minerals according to the company’s own recipe.
The composition of the clay and the kiln temperature are chosen in such a way that the shard sinters (vitrifies) and becomes watertight.
NB. If the plant holders or large vases are placed on a soft base (carpet or wood), there must be enough ventilation to prevent rotting due to the formation of condensation and/or spills during watering.

The glazes, made according to the company’s own recipe, consist of minerals, precious metals and oxides mixed with base materials for glass and sometimes matting agents.

Mobach Ceramics uses two different firing methods, namely oxidised, where oxygen is added and the metals leave the kiln in oxide form, and reduction, whereby the supply of oxygen is reduced during the firing process, so that the metals in the glazes are reduced to their metal form and colours.

Mobach Ceramics produces the following reduction fired glazes: graphite, graphite gloss, mat gold and the lustres; silver-yellow, autumn, red, purple, silver-green, silver-blue, facet-blue, taupe and pearl. The reduction fired glazes graphite and high-gloss graphite are sensitive to the acid air and rain, which can lead to colour changes and the grey graphite can gradually turn copper-green. Mobach Ceramics produces the following oxidised fired glazes: Metal white, ecru, mat black, black gloss, mat brown and brown gloss. In addition to the diversity inherent in production by hand, the differences which emerge whilst applying the glazes and the atmospheric conditions during the firing process produce an ever-changing end result, which is impossible to reproduce exactly. Partly as a result of this, each product made is unique. 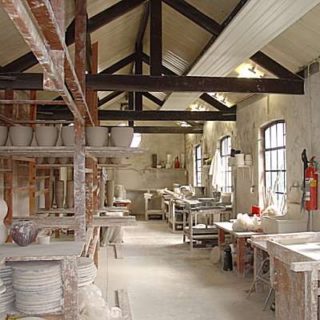 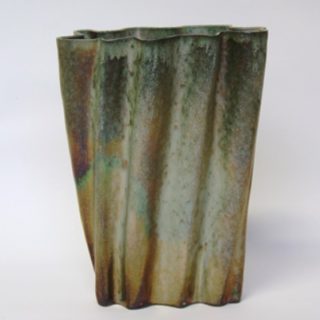 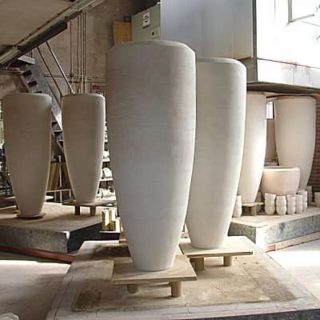 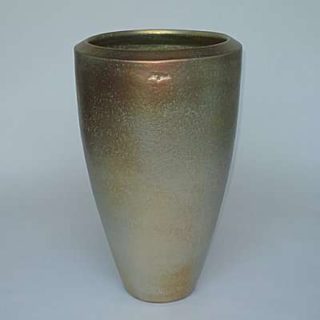 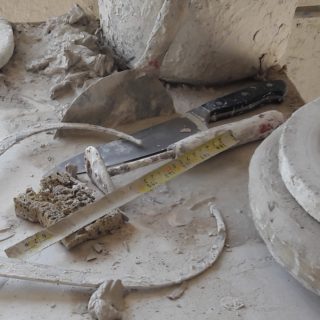 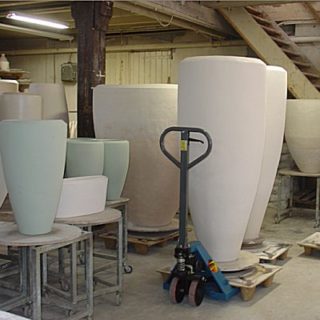